“The support we received from Liberty Vote! enabled us to organize in ways that hadn’t previously been possible. These efforts will help empower our community to pass legislation that will improve the living conditions of Black and Brown people in Los Angeles, and ultimately eradicate the conditions that foster violence, substance abuse, and poverty.” – Leslie Cooper Johnson, Executive Director, Community Coalition Action Fund

From the community meeting to the protest march to the ballot box, the people most affected by injustice led the fights for change this past year. And Liberty Hill was there to support them. That’s why we relaunched our Liberty Vote! program just in time for the generation-defining election of 2020.

Through grantmaking and other electorally focused initiatives designed to build power in LA County’s most disenfranchised communities, Liberty Vote! supports electoral engagement, outreach, and organizing efforts by organizations dedicated to social and economic justice. The initiative was relaunched in honor of Liberty Hill’s late Board member and former Board chair Gary Stewart, a pioneering music executive whose lifetime of activism included strong advocacy for electoral engagement as a path to building community power.

Central to the Liberty Vote! effort was the publication of our 2020 Voter Guide and our grants to electoral (501[c][4]) organizations and community-led ballot initiatives.

Locally, activists powered huge wins across Los Angeles on initiatives such as the landmark Measure J, which redirects hundreds of millions of dollars of the county’s general fund to community investments like affordable housing, mental health services, youth development programs, and job creation. The effort was led by the Re-Imagine L.A. County coalition—a group of activists with lived experience dealing with systems of injustice. Their longshot bid received widespread support. Another big victory was the passage of Measure US in Long Beach, which will generate additional revenue for youth and community services through an increase in taxes on business licenses for oil production.

Though disappointed in the results of Proposition 15—the Schools & Communities First Ballot Measure we endorsed—we witnessed some innovative outreach tactics that helped build power at the grassroots level. One very important outcome is a long-term commitment to year-round voter organizing that will ensure historically disenfranchised communities continue to lead the fights for reform. While we fell short at the ballot box this time, our allies and all of those fighting for equity will not give up and neither will we.

“Do not get lost in a sea of despair. Be hopeful, be optimistic...Never, ever be afraid to make some noise and get in good trouble, necessary trouble.” —The Honorable John Lewis 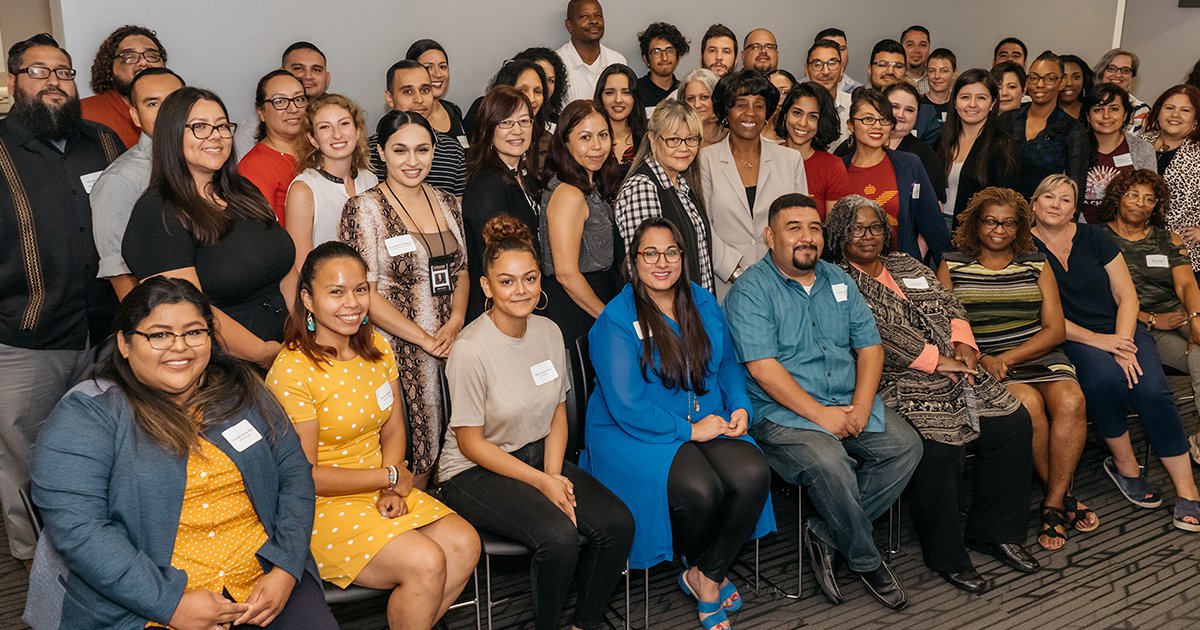 Partnerships: The Key to Progress in Uncertain Times