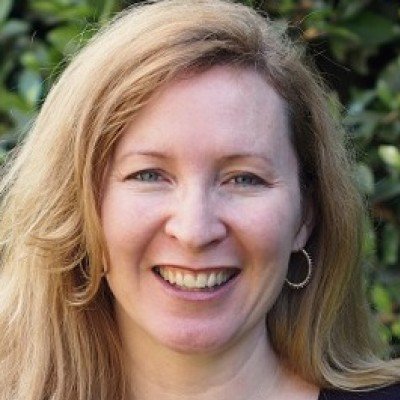 Growing up in Los Angeles, I learned to take action and speak up against injustice and discrimination. Gender equality and freedom from gender-based violence became passionate causes for me, so my first job was canvassing door-to-door across LA neighborhoods for Peace Over Violence at age 17. When I undertook international work, I was honored to help Jordanian women’s rights activists win one of the first domestic violence laws in the Arab states. Being at Liberty Hill today brings my work full circle back to the city where I first witnessed the power of social justice organizations and the principles of social justice philanthropy in action.”

Sarah Vaill focuses on achieving social change, women’s rights, and human rights through philanthropy and advocacy. As Director of Philanthropy at Liberty Hill Foundation, she oversees the social impact of donor advised funds, giving circles and scholarships that issue 600 grants per year. Prior to joining Liberty Hill, Sarah was Director of International Advocacy and Program Planning for the NGO Karama (‘dignity’ in Arabic) for 12 years, providing grants and capacity building to women’s rights leaders across the Middle East and North Africa on the use of international human rights mechanisms.

Prior to Karama, Sarah was Executive Director of Parents International Ethiopia, and spent seven years at the Global Fund for Women as Program Officer for Latin America, the Caribbean, Europe, and Oceania, and as a Development Officer raising and reporting on $6 million in foundation funding. As a consultant, Sarah has worked closely with agencies such as UN Women, V-Day, Rape Treatment Center, Women’s Funding Network, Urgent Action Fund for Women’s Human Rights, ProSocial, and the LA Partnership for Early Childhood Investment.

Sarah served on the Planning and Program Committees of the 2018 United State of Women Summit, chaired the Research Grants Committee for the American Alpine Club, was co-chair of the Women’s Caucus for the National Network of Grantmakers, and co-founded Grantmakers without Borders. Sarah also produced and directed the 2010 feature documentary film, “Women With Altitude,” and directed several PSAs and short films.

She is the Secretary of the Board of Directors for SEE (Social and Environmental Entrepreneurs) a national fiscal sponsorship agency based in Los Angeles. Sarah holds a master’s degree from Oxford University in International Human Rights Law and a bachelor’s degree from Duke in Gender and Hispanic Cultures.