An Activist Rooted in the Ecology of Justice

You can’t help but think in garden metaphors when talking to Glen Dake, a landscape architect,  prominent advocate for “green agenda” issues in Los Angeles, and one of Liberty Hill’s most active donor- activists.

Because, really, he seems to work on a vision of  L.A. the way he works on a vision of a particular community garden or landscape—with lots of practical, hands-on effort. He has a deep working knowledge of the complex components—irrigation or neighborhood politics, mulch or policy initiatives—that will be acting on the health of the ecosystem in question.

“The important thing is to not just give money but really participate,” says Glen, “It can be a real source of richness in the sense of learning more about L.A. and finding your place in it.”

On one hand, Glen embodies management-level philanthropic activism by frequent board membership at organizations he supports. On the other hand, as a volunteer, Glen has personally watered, weeded, mulched and attended meeting after meeting in community gardens throughout L.A. His friendships as well as his giving strategies have been formed by his experiences in those gardens.

Glen is on the boards of the L.A. Neighborhood Land Trust, the L.A. Community Garden Council and the California League of Conservation Voters. He supports nonprofit organizations not only through Liberty Hill’s Fund for Change, but also, with his sister Renee Dake Wilson and her husband Brian Wilson, through a donor advised fund (see below) housed at Liberty Hill.  “The donor advised fund allows time to do grantmaking over time in a way that’s best for the objective rather than just throwing a chunk out all in one year, the year you take your profit. Unfortunately we don’t take profit every year,” he explains.

The objective? “We focus on youth issues and community development. We do some LGBT and women’s issues. We’re not fooling around. Renee and I try to participate—as is the wont of our generation. We get involved. We’re on boards of the groups that we give to. Each of those boards presents a lot of difficult decisions to the board member. Board service is a very serious responsibility.” 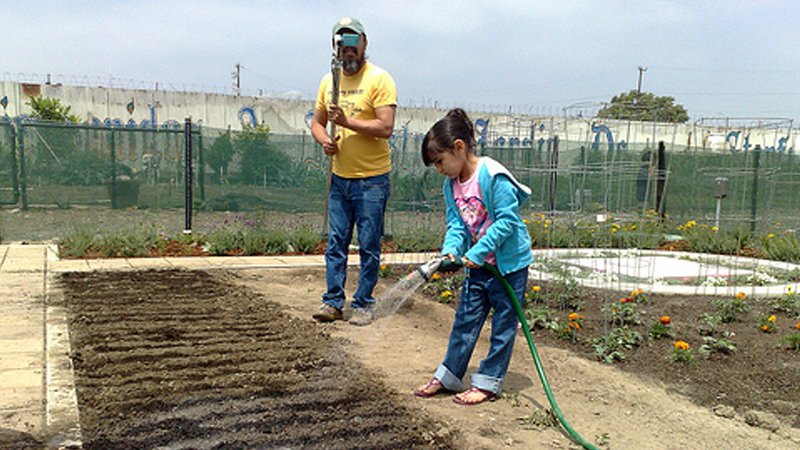 Glen has done public-sector service as well. In 2001, he temporarily stepped away  from his design practice,  where he created high-visibility projects such  as for UCLA and Scripps  Institute of Oceanography, to put in a four-year stint on L.A. City Councilmember  Eric Garcetti’s staff. There he: helped bring the city into compliance with the Clean Air Act; successfully campaigned for 2004’s Prop O, which funded a $500 million cleanup of L.A. waterways and ocean to meet federal Clean Water standards; worked for requirements for increased use of renewable energy sources; and helped develop 13 new parks. From there, he segued into, among other actions, service on Liberty Hill’s Community Funding Board, and also  a role as an activist and advisor to the Green L.A. Coalition, formed in 2005 and incubated and nurtured by Liberty Hill.

Glen got involved in community gardens when he “got organized by Jackie Goldberg’s office” as a Silver Lake resident. “They were looking for ways to make Echo Park a better working class community. Gardens were one way.”

Since then, he’s seen people’s lives transformed by their participation in community gardens.  “Right now there are a lot of community gardens in South L.A. Why is that? Because there are so many people there who are restricted from entering job market because of age or contact with the criminal justice system. But they don’t just sit around. They’re contributing to improving their lives through the work they do with their own hands at the gardens.

Glen mentions an unemployed cook who found a new job through connections she made gardening. He’s seen other people overcome isolation and loss. “One of the reasons you become more impoverished,” he says, “is because of life events—big disruptions in your life like illness, a car breaking down, loss of childcare—so you can’t get to a job interview or even to work. But by participating at a community garden you’re creating a wider and more complex net of relationships. That is a defense against those disruptions.”

Neighborhood residents find literal common ground in community gardens.  “You’re out where you can be seen doing something honorable. Anyone passing by can say ‘What’s that you’re growing?’”

Community organizing is a crucial aspect of community gardening for Glen, and participatory design is a vital part of his extensive involvement with parks, children’s playgrounds and other public spaces. He helped to found the L.A. Community Garden Council, and helped to build not only the Echo Park Community Garden, but also the Stanford Avalon Garden in Watts and the Florence Firestone Garden. He’s a leader in community-designed landscapes but he understands the challenges. “Especially in L.A.—where it seems like before you do anything you have to talk to everybody—it’s hard for people who have gotten a little bit of power to let it go.” 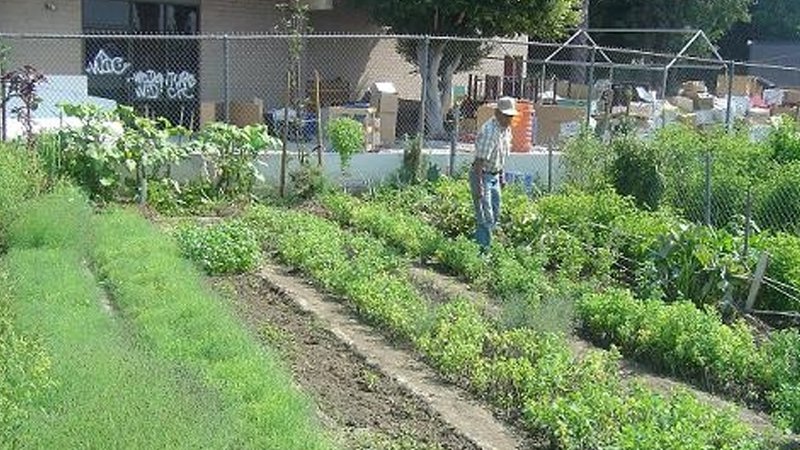 Today Glen’s “main volunteer garden” is Stanford Avalon Garden. “It’s an unusual garden,” he says, “Large plots, a lot of very experienced, older growers, growing a lot of produce.  But it has its problems. The growers want to have the patron/boss who runs everything efficiently and a lot of them stop coming to meetings because they get no redress there. Many of these older guys who spend a lot of the day there are making a big contribution to the household budget with all this produce. They are doing something very positive but they have a lot of internal stress. I advise the leaders and encourage them to be their best selves.”

Learn more about Glen in this brief video portrait:

Liberty Hill is a donor–inspired foundation, created and powered by the vision and commitment of its individual donor-activists. In addition to our Fund for Change, our primary competitive grantmaking program, Liberty Hill is home to more than 60 Donor Advised Funds, grantmaking accounts set up by individuals and businesses. Information:

August is Make A Will Month

Check out Video Highlights from Our Upton Sinclair Homecoming!

Transformative 2022: Ring in Your New Year of Giving Webinar Series