Check out the Activist Video Archive for its new additions especially the "L.A. Rising" Collection of interviews. Twenty years after the civil unrest, Michele Prichard videotaped a series of interviews with movement builders as background research for what became “LA Rising: the 1992 Civil Unrest, the Arc of Social Justice Organizing, and the Lessons for Today’s Movement Building” co-authored with Manuel Pastor of USC in 2012.

Each interview explores the theory, practice and lessons learned by leaders who were (and still are) intricately involved in social change to chart a way forward for progressive L.A. The collection contains interviews with Karen Bass, Anthony Thigpenn, Marqueece Harris-Dawson, Kent Wong, Victor Narro and Maria Elena Durazo, to name a few.

If you are an activist, documentary filmmaker, author, historian, sociologist or teacher interested in exploring the political history of Los Angeles in the last four decades, please be aware of the entire collection of interviews and speeches contained in the Activist Video Archive. These courageous people, both activists and philanthropists, have shaped the progressive political landscape in L.A. and far beyond. 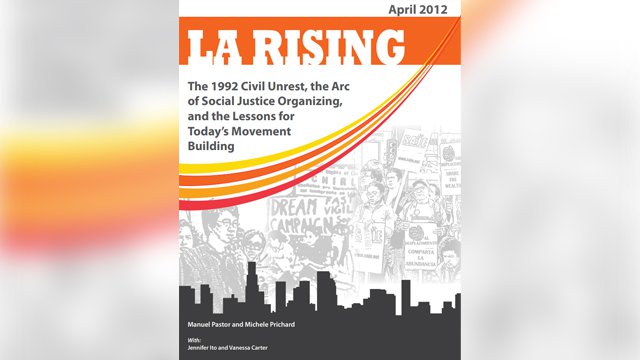 Conversations From the Frontlines: Season One Recap!

“Lend Your Voice to the Conversation” Podcast Contest!

Check out Video Highlights from Our Upton Sinclair Homecoming!