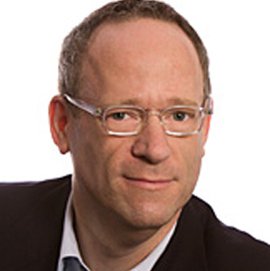 Tim currently sits as president of the Rosenberg Foundation, where he has led the advancement of statewide and national criminal justice reform as a core grantmaking focus. Prior to that, Tim worked in the San Francisco District Attorney’s Office, where he served as chief of policy, and developed reforms in criminal justice, civil rights and immigrants’ rights. Mr. Silard distinguished himself by launching the nation’s first civil rights division in a local prosecutor’s office; designing model reentry programs that have proven to sharply reduce recidivism; drafting and advocating for state and local legislation in the areas of human trafficking, sexual exploitation and alternatives to incarceration; expanding access to services for immigrants and low income families; and other public safety policy innovations. Tim was also a leader of San Francisco’s nationally replicated approach to addressing commercial sexual exploitation, which won the Ford Foundation’s Innovations in American Government Award. Previously, Tim served as the HOPE VI director for the Corporation for National and Community Service. There he sat on the Community Enterprise Board and White House Urban Policy Working Group.

Tim earned his bachelor’s degree from Brown University and his law degree from Stanford Law School. He is recognized as an expert in racial justice, sentencing reform and urban policy, and as an advocate for children and youth. He currently serves as an advisory board member for the Alliance for Safety and Justice, the Smart on Crime PAC and the National Resource Hub for Police Reform, and as the advisory board chair for Californians for Safety & Justice. He also serves on the board of directors for the Sargent Shriver National Center on Poverty Law. In 2016, he was appointed by then Attorney General Kamala D. Harris as a member of the California Racial and Identity Profiling Act Advisory Board. His commentary and opinions have appeared in the San Francisco Chronicle, Sacramento Bee, Huffington Post, The Advocate, The Hill and other publications.