Currently, California is the only oil-producing state in the country without a minimum distance requirement between oil wells and the people who live and work in the frontline communities in the immediate vicinity.

But this past week, the state of California took bold action to increase environmental protections for vulnerable communities. Governor Newsom announced a draft rule that would declare a 3,200-foot setback requirement between new oil wells and the homes, schools, hospitals, and other community locations surrounding them.

With the city of Los Angeles leading the charge as one of the first major cities in the country to call for a significant buffer zone between oil drilling operations and the frontline communities that bear the brunt of the negative effects from their toxic output—this is the second major environmental justice victory this year. The first was the Los Angeles County Board of Supervisors voting unanimously in support of a measure to begin the process of phasing out all oil drilling in unincorporated Los Angeles County! And now The City of Los Angeles is also working on developing its own policy to phase out oil drilling.

The Environmental Justice movement is on a roll!

This is a huge victory for Liberty Hill and our partners from STAND-L.A., as well as the entire coalition of organizations and activists who have been fighting for these changes for years. But more than that, it’s a victory for the millions of Angelenos—mostly in low-income communities of color—who have been subjected to the toxic effects of this drilling.

These hard-fought victories will ensure that future generations of Californians will be able to breathe clean air in communities across the state, thanks to years of work and dedication from activists on the ground. 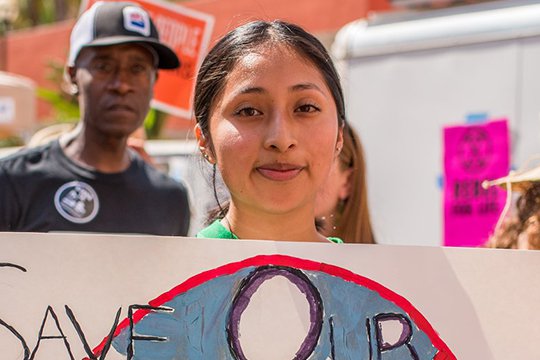