Liberty Hill's three Black-led Giving Circles, BLACC Fund, Susan's Circle, and Angelenos for L.A. came together for a special event in honor of Black Philanthropy Month this past August—Uplifting Change Presents: I Am A Philanthropist.

The Black community has a long tradition of philanthropic giving through various organizations, churches, bridge clubs, and fraternal organizations. Uplifting Change was about harnessing the philanthropic power of the Black community and leveraging those resources to solve problems. Liberty Hill launched the Uplifting Change events in 2009 to inspire current and emerging Black philanthropic leaders in Los Angeles to support social justice work—and several of them have since launched these giving circles, hosted by Liberty Hill.

The event was held at the Wilfandel House, a historic Black-owned venue in the West Adams district. It featured Black businesses, including a DJ, live musicians, photographers, caterers, and bartenders.

A portion of the event included a conversation between BLACC Fund Co-Founder Kaci Patterson, and Marlon Peterson, author of the book Bird Uncaged, which documents his journey as a young boy growing up in Brooklyn from the struggles of his youth and the time he spent incarcerated, to his activism and current work. BLACC Fund also announced their giving theme for the coming year, which will be "Funding Time."

"It has been a long year. For community leaders, it has been emotionally and psychologically draining to both do the work and embody the work," said Patterson. "So we've decided our giving theme for this year will be funding time and retreat—time gives you the ability to explore theories of change, seek new paths, and find solutions. Activists and community leaders don't often have the luxury of time because they are responding directly to urgent needs, but we have to fund people's ability to recharge and be whole because we need them in this work. So this year the BLACC Fund is funding time and retreat."

Thank you to all of our Black-led Giving Circles for your continued support and dedication to grassroots activism and Black leadership.

To learn more or to support or join these Giving Circles, please click here. 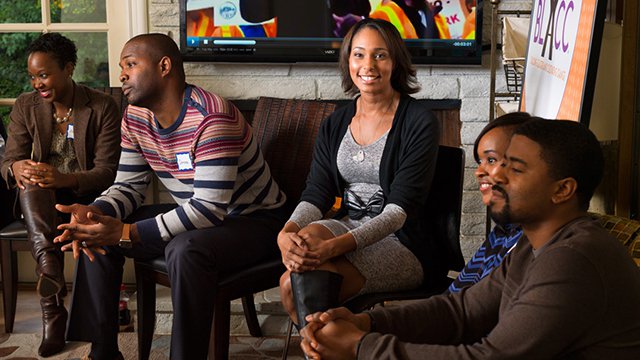 How to Start a Giving Circle