HISTORIC VICTORY: LA City Council Votes to move towards a BAN ON NEW OIL DRILLING AND PHASE-OUT OF EXISTING WELLS!

The Long Road to Victory

For too long frontline communities of color in Los Angeles have borne the brunt of the effects of environmental racism and toxic neighborhood oil drilling, sometimes only steps from their homes and schools. This week—after years of patient and steadfast organizing by community organizations supported by Liberty Hill—the L.A. City Council put an end to the practice of poisoning our communities with toxic oil and gas drilling operations! They voted unanimously to draft an ordinance to prohibit all new oil and gas drilling and to phase-out existing drilling operations throughout all areas of the City of Los Angeles! This historic step forward has been nearly a decade in the making—all due to the tireless work of the countless organizers and activists who never gave up on their communities. Liberty Hill is proud to be members of STAND L.A.—a coalition of environmental justice organizations who have been dedicated to this fight for nearly a decade.

With this decision both the city and county of Los Angeles have now banned all new toxic oil drilling, and L.A. is on its way to a healthier, cleaner, greener future—for all its residents.

“This is a huge and long-awaited victory for STAND L.A., Liberty Hill, and all of our many foundation partners and individual donors who have loyally continued to support the public education, community organizing and advocacy of STAND L.A.,” said Shane Murphy Goldsmith, Liberty Hill’s President/CEO. “But it’s particularly a victory for the frontline low income communities and communities of color who have borne the brunt of the effects of this toxic drilling for years.”

Research has shown that oil wells and drilling operations emit harmful carcinogens, and living near wells has been linked to a variety of health problems, including respiratory issues, preterm births, and other serious issues. The Council’s action seeks to declare this oil drilling a “non-conforming” land use requiring it to be discontinued over time. That time period will be established based on a technical economic analysis— which is expected to justify a short, five-year or less phase-out period (as in Culver City). The Council also called for an updated plan to ensure the proper plugging of all wells and comprehensive remediation that assures oil operators bear the responsibility for clean-up.

Importantly, the motion also calls for the City of Los Angeles to participate in the recently relaunched Los Angeles County “Just Transition” Taskforce to develop a high-road jobs program for any fossil fuel workers who may be dislocated as a result of phasing out, with specific plans for identifying jobs and retraining support to new growth industries in the green economy.

A History of Investment & Solidarity

Liberty Hill’s involvement in this issue dates back to 2013 when we first became aware of the terrible health impacts plaguing the South L.A. neighborhoods near the Allenco and Jefferson Drill sites. In 2014, we organized a bus tour to educate other foundation colleagues and Liberty Hill supporters, leading to a funding “pot” which we distributed the following year to groups working on the ground. And with that, the STAND L.A. Coalition was born! In September 2015, we released our DRILLING DOWN report, documenting the history and environmental health harms as chronicled by residents and community activists living next door to toxic oil drilling sites, and calling upon City leaders to act. This was the beginning of Liberty Hill’s commitment to end neighborhood oil drilling, and we have supported STAND L.A. as a strategic partner ever since.

The STAND L.A. Coalition is co-chaired by Communities for a Better Environment and Physicians for Social Responsibility-LA. Other member groups of the steering committee include Black Women for Wellness, Esperanza Community Housing, Holman United Methodist Church, Redeemer Community Partnership and SCOPE.

Countless allies have worked alongside STAND L.A. over the years, including public health, labor, environmental, and social justice organizations, as well as more than half of the City’s neighborhood councils. Our many funding partners have included the 11th Hour Project, Roy & Patricia Disney Family Foundation, Marisla Foundation, The California Wellness Foundation, Liberty Hill’s Environment + Justice Giving Circle, Patagonia, and many donor-advised account supporters.

Years in the Making: The Road to A Greener L.A.

The victory at the City Council is a culmination of a series of impressive achievements, including:

Liberty Hill is proud to highlight that two of our former Board of Directors’ members— Supervisors Holly Mitchell and Sheila Kuehl—were the champions of the successful motion at the L.A. County Board of Supervisors last fall. And Liberty Hill’s former UCLA Luskin School of Public Policy Fellow, Daniel Lee, now serves as the Mayor for the City of Culver City, and provided a key vote last summer in their City Council’s vote to phase out oil drilling on the Inglewood Oil Field.

“The dogged determination of grassroots organizers and frontline residents, supported by Liberty Hill and our other partners, has managed a feat that most thought unthinkable nine years ago” stated Michele Prichard, Liberty Hill’s Senior Director of Strategic Initiatives. “While there is still further to go, Los Angeles is leading the way to clean air, a healthy environment, and a sustainable planet for the future with this STAND L.A. victory.” 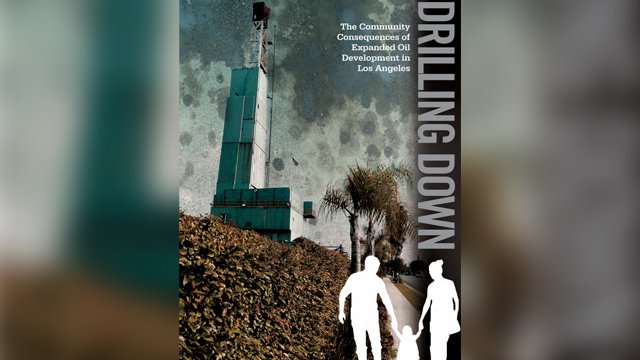 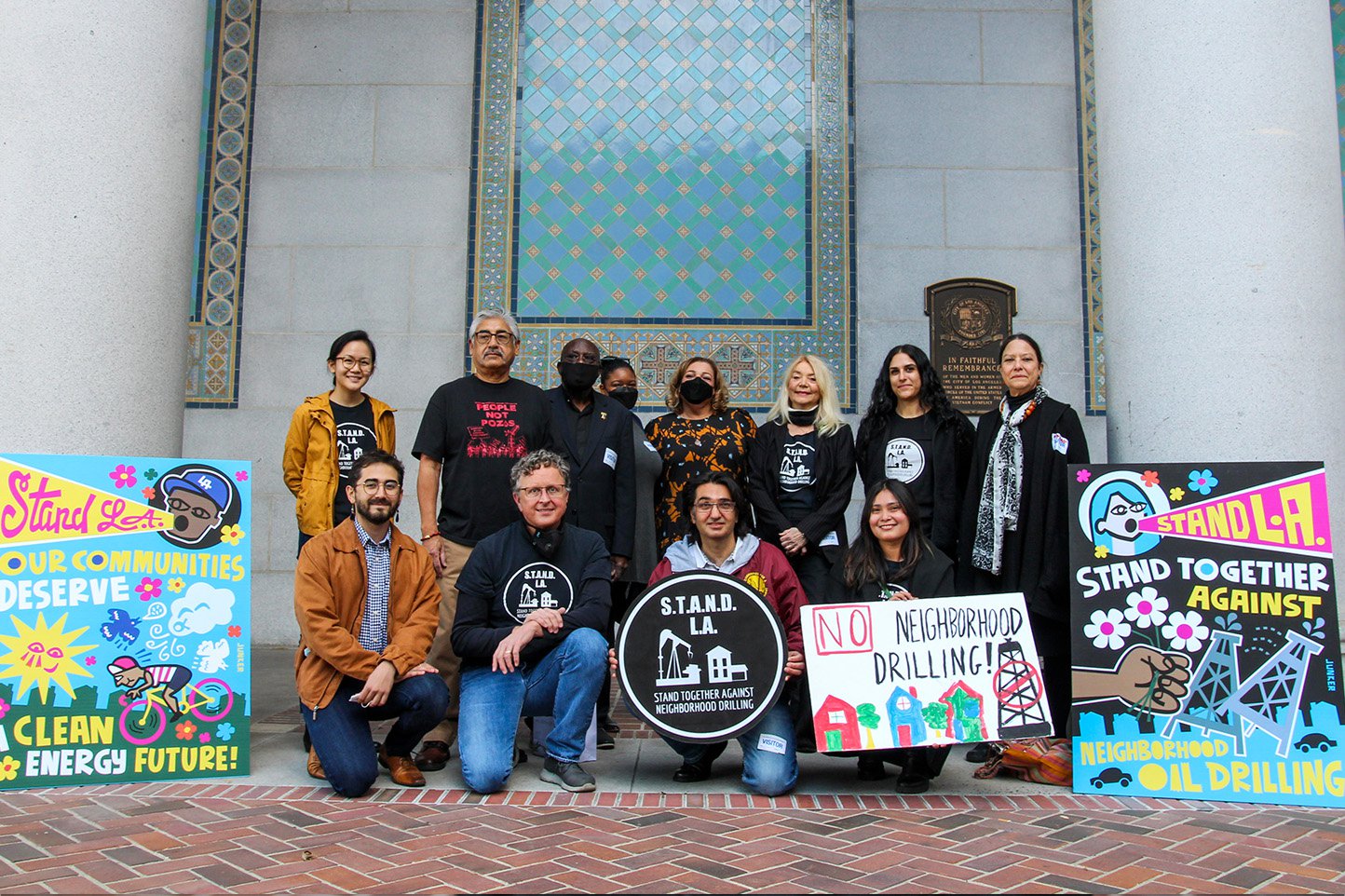 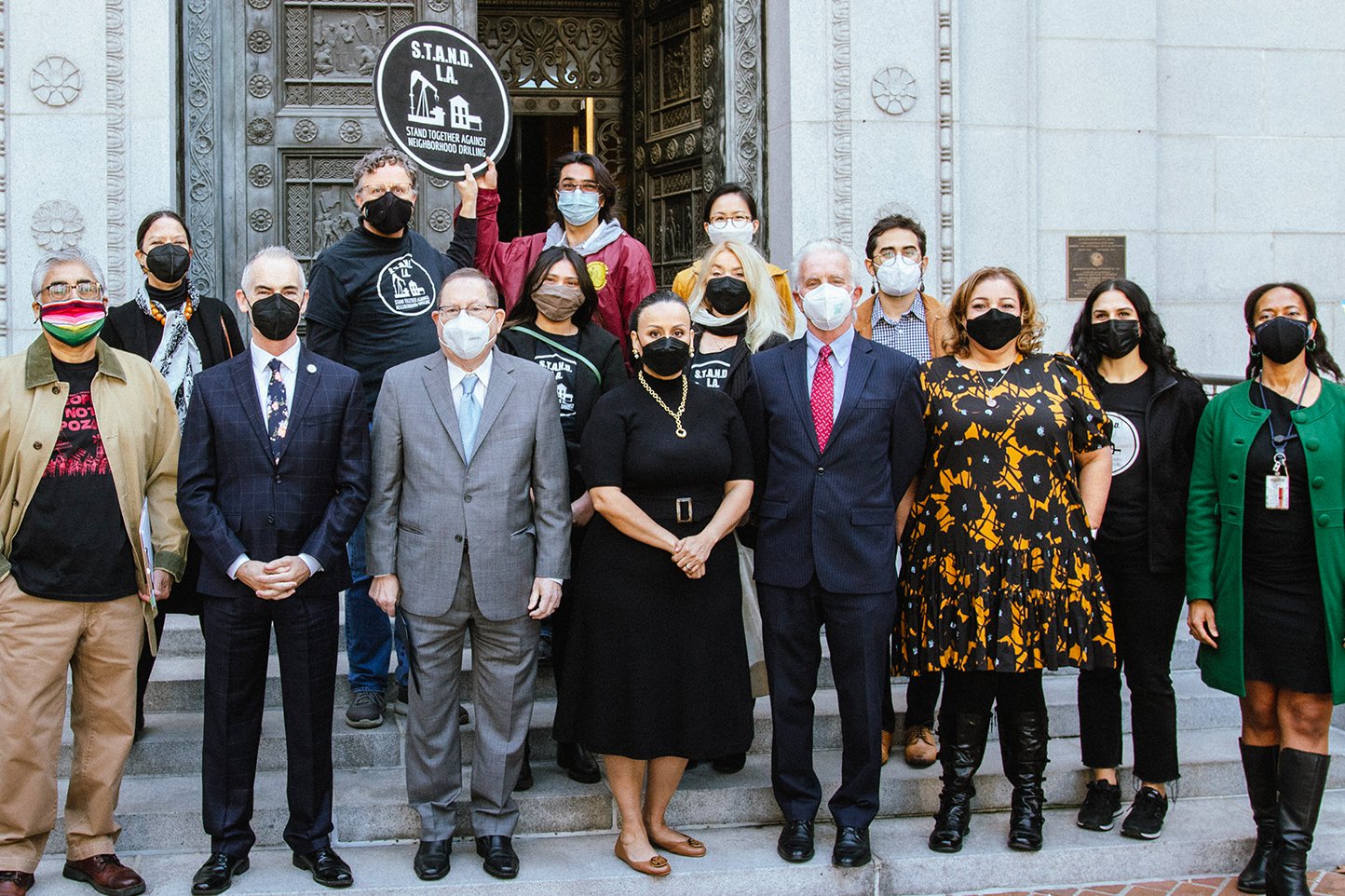 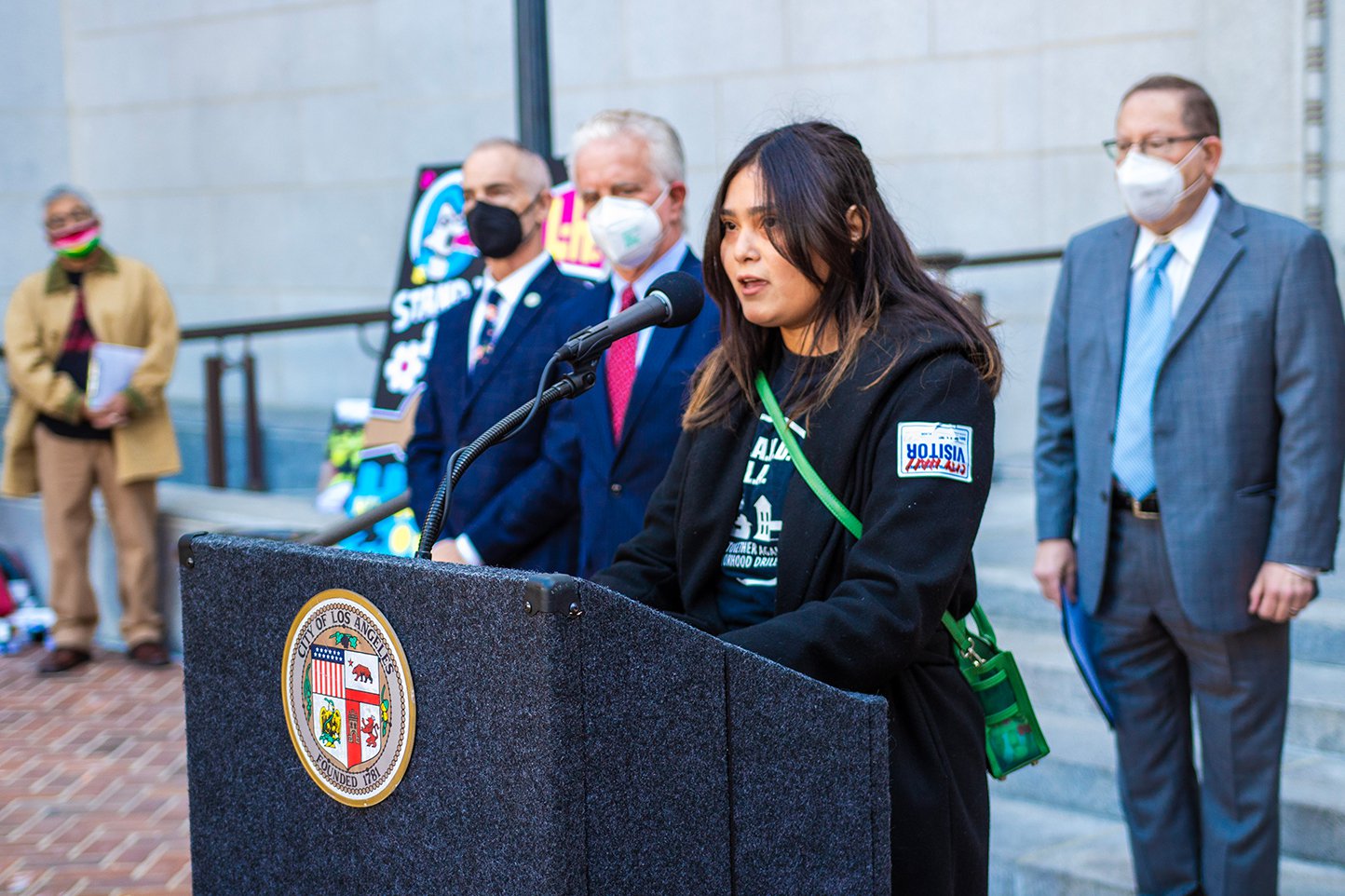 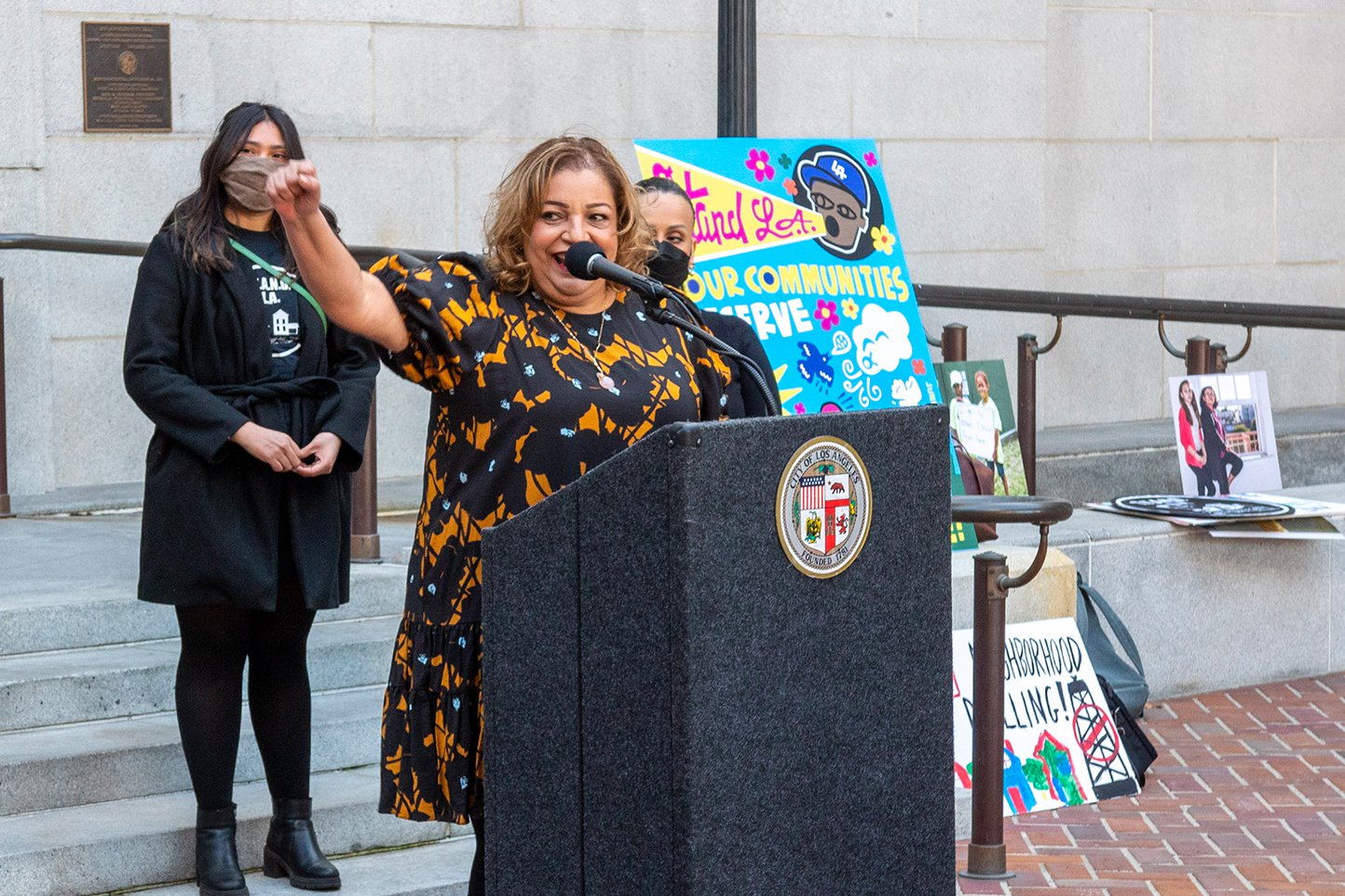 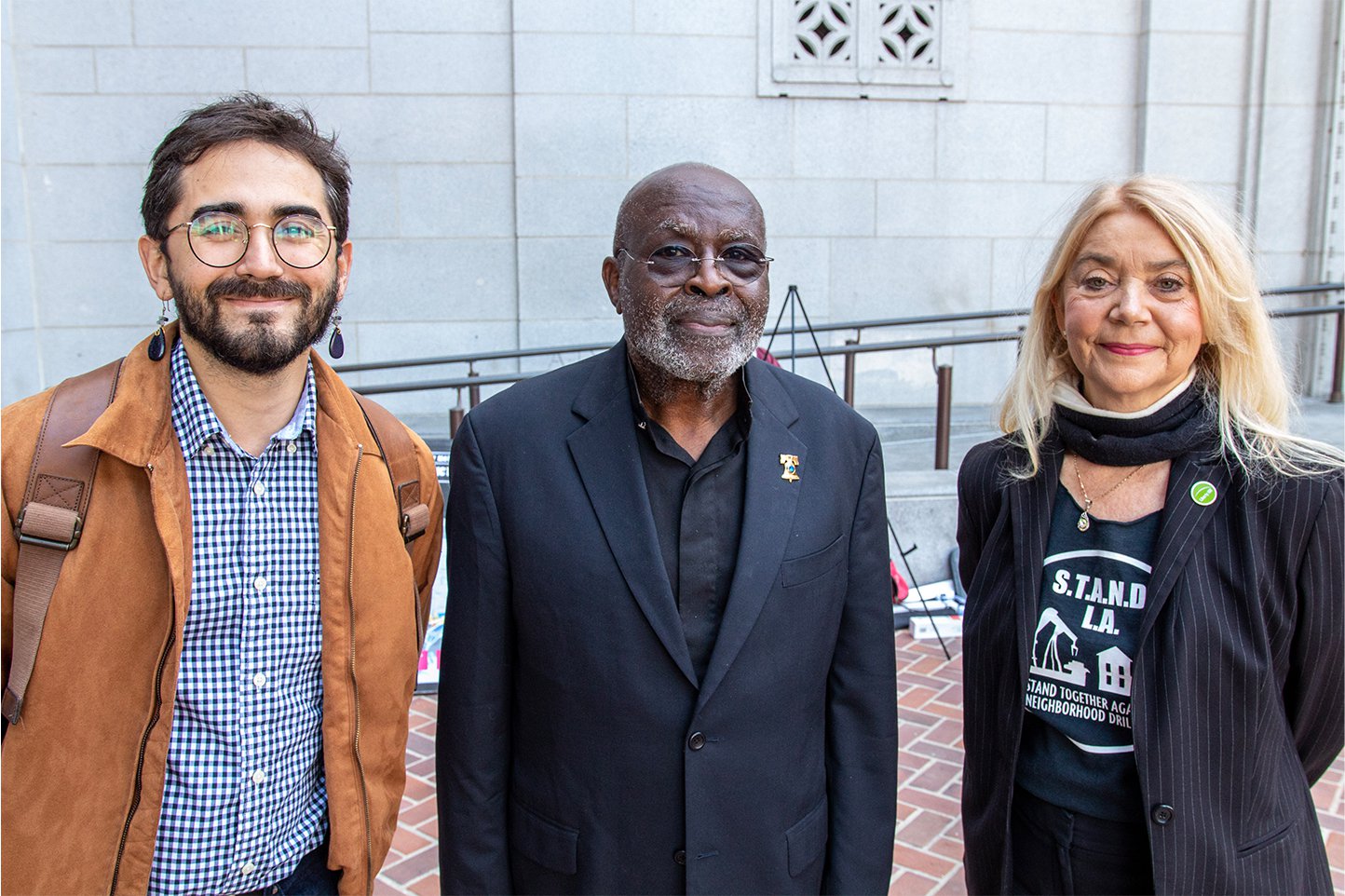 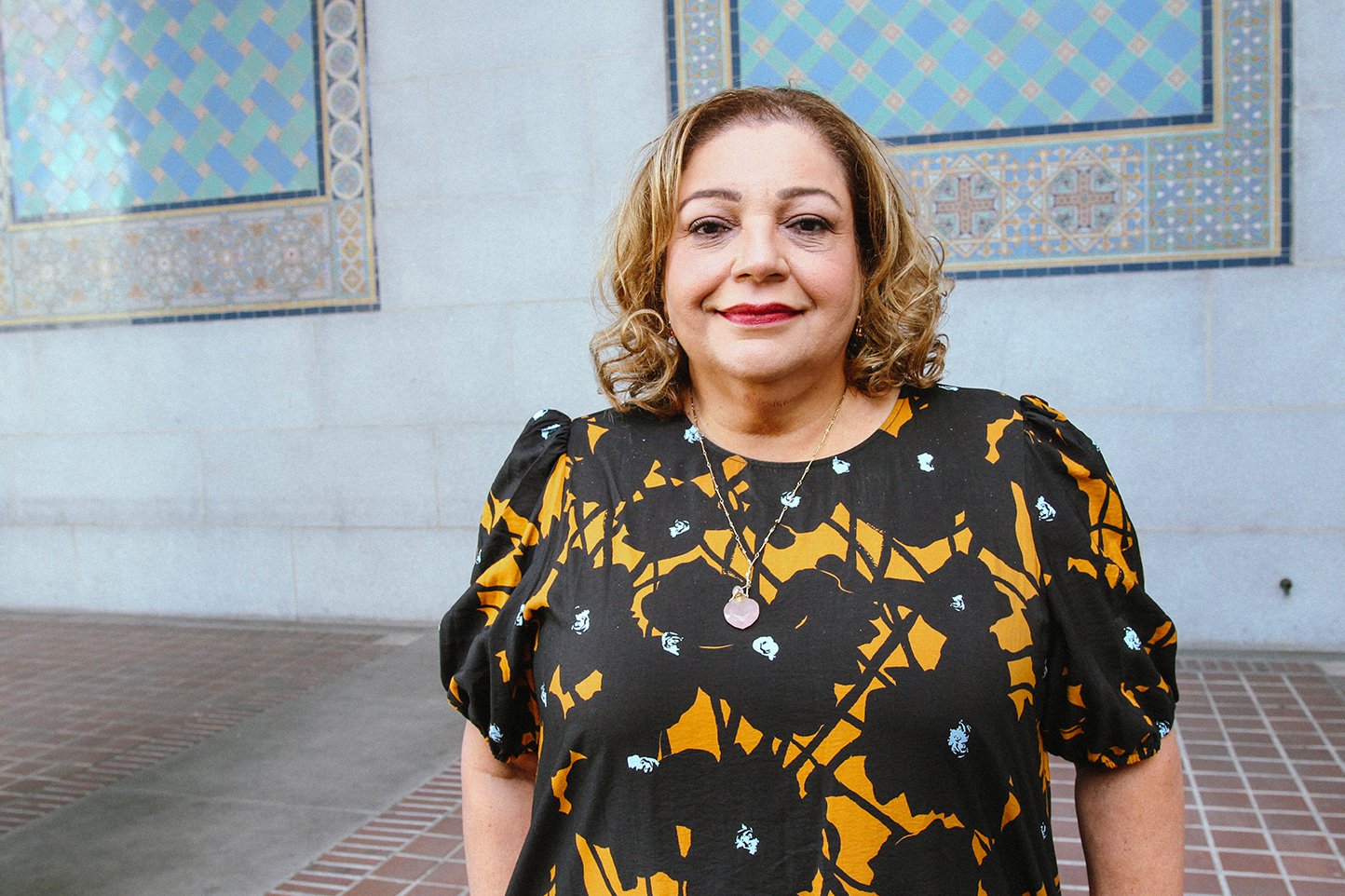 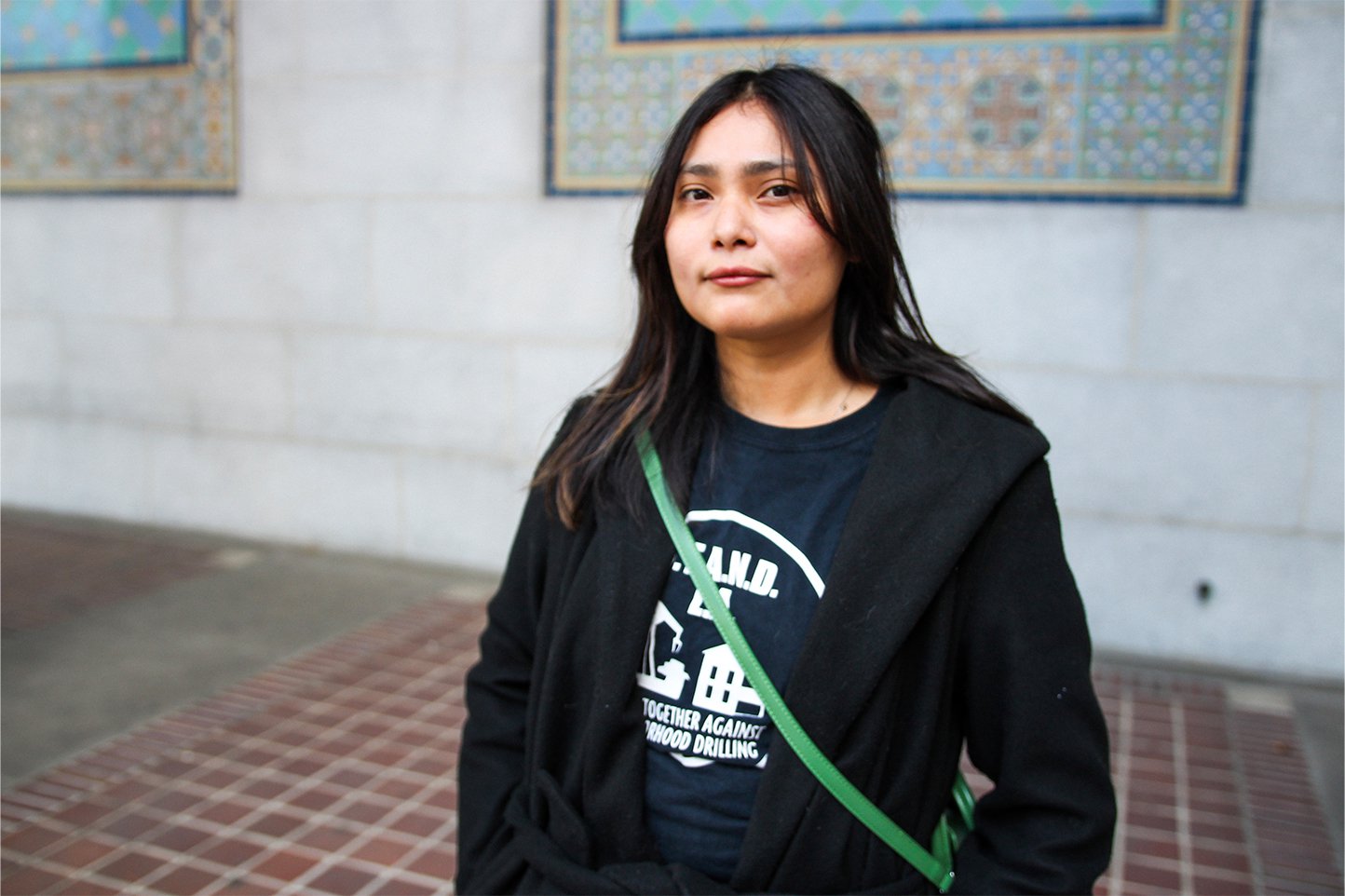 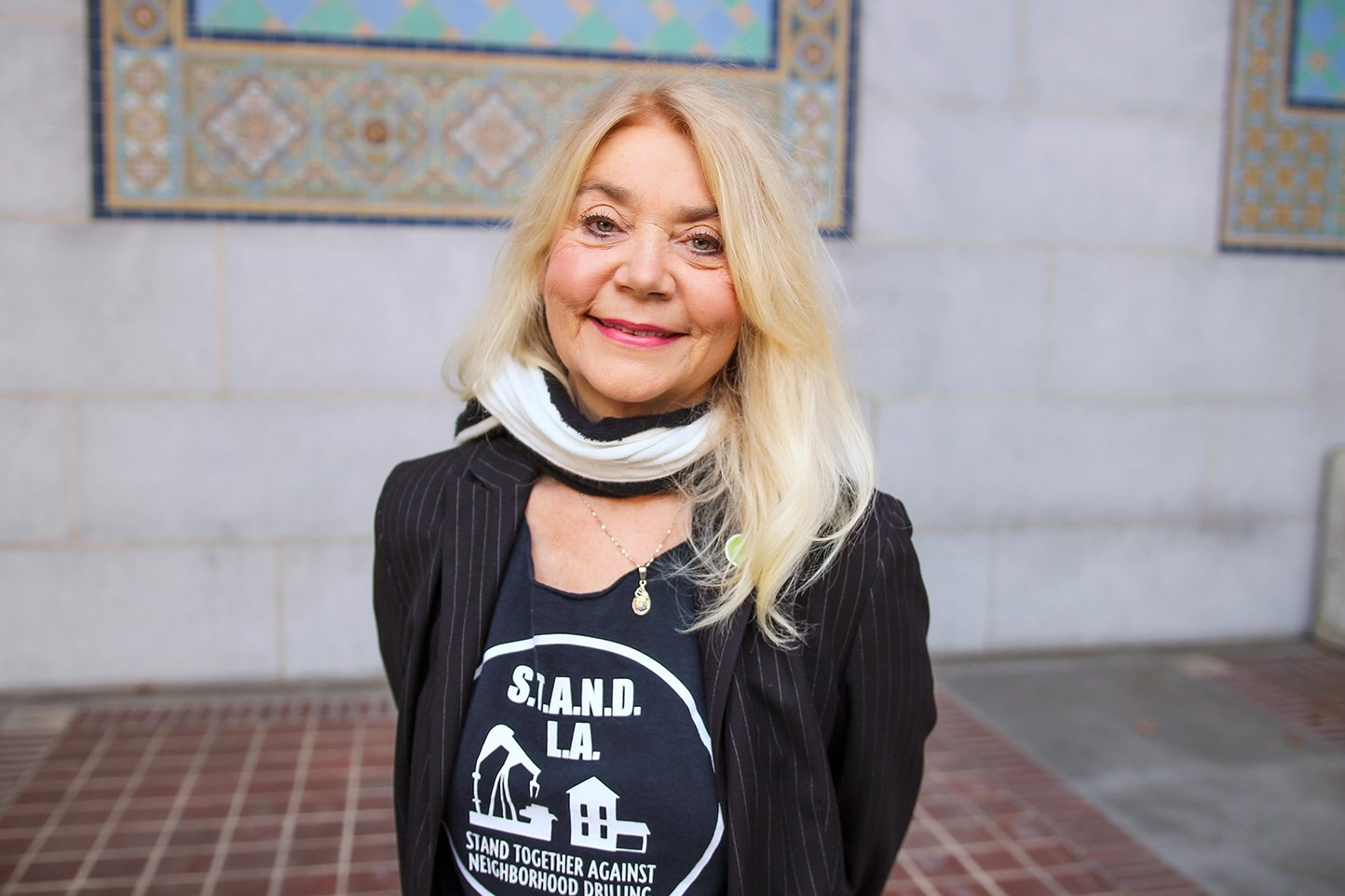 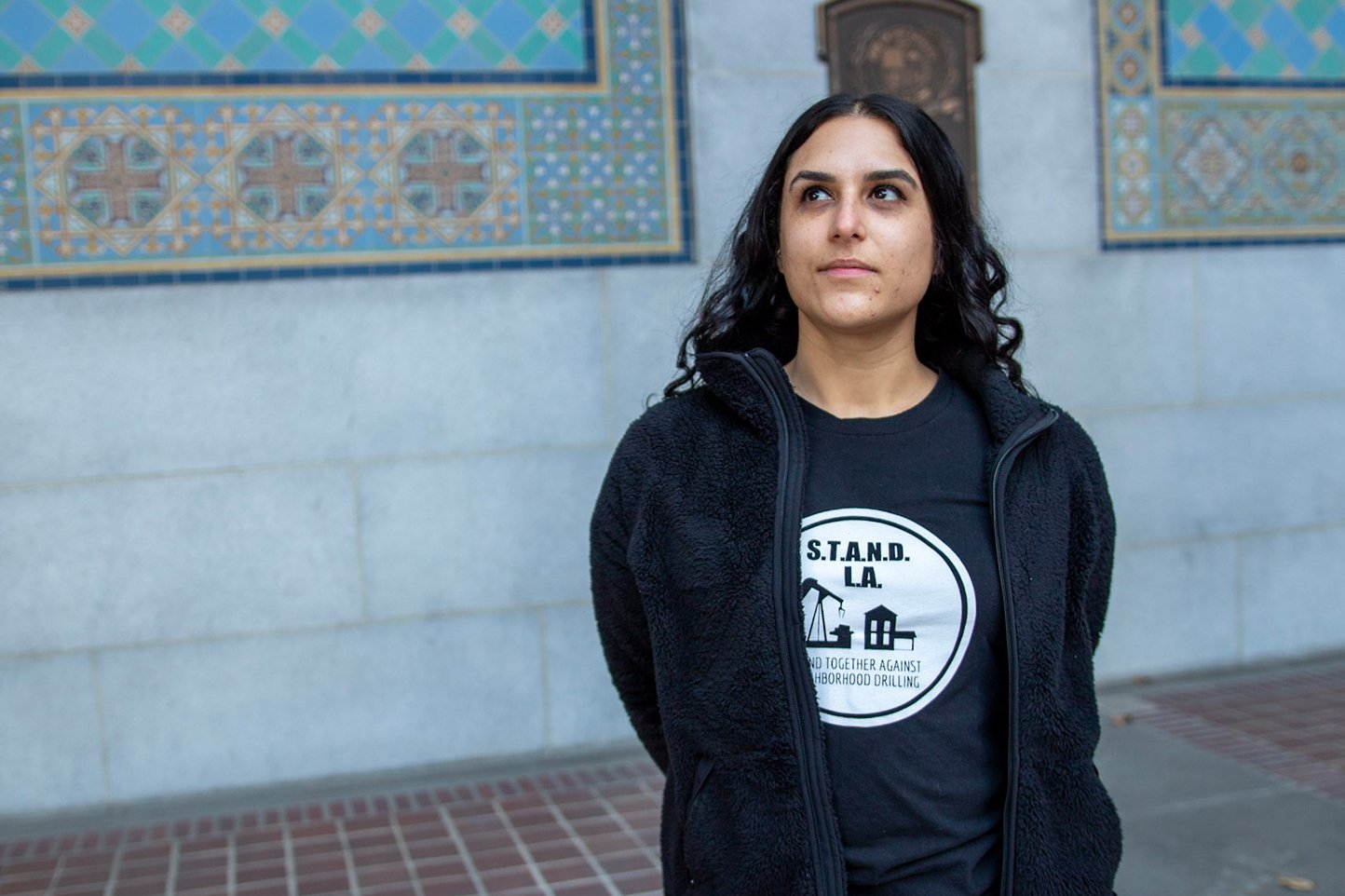 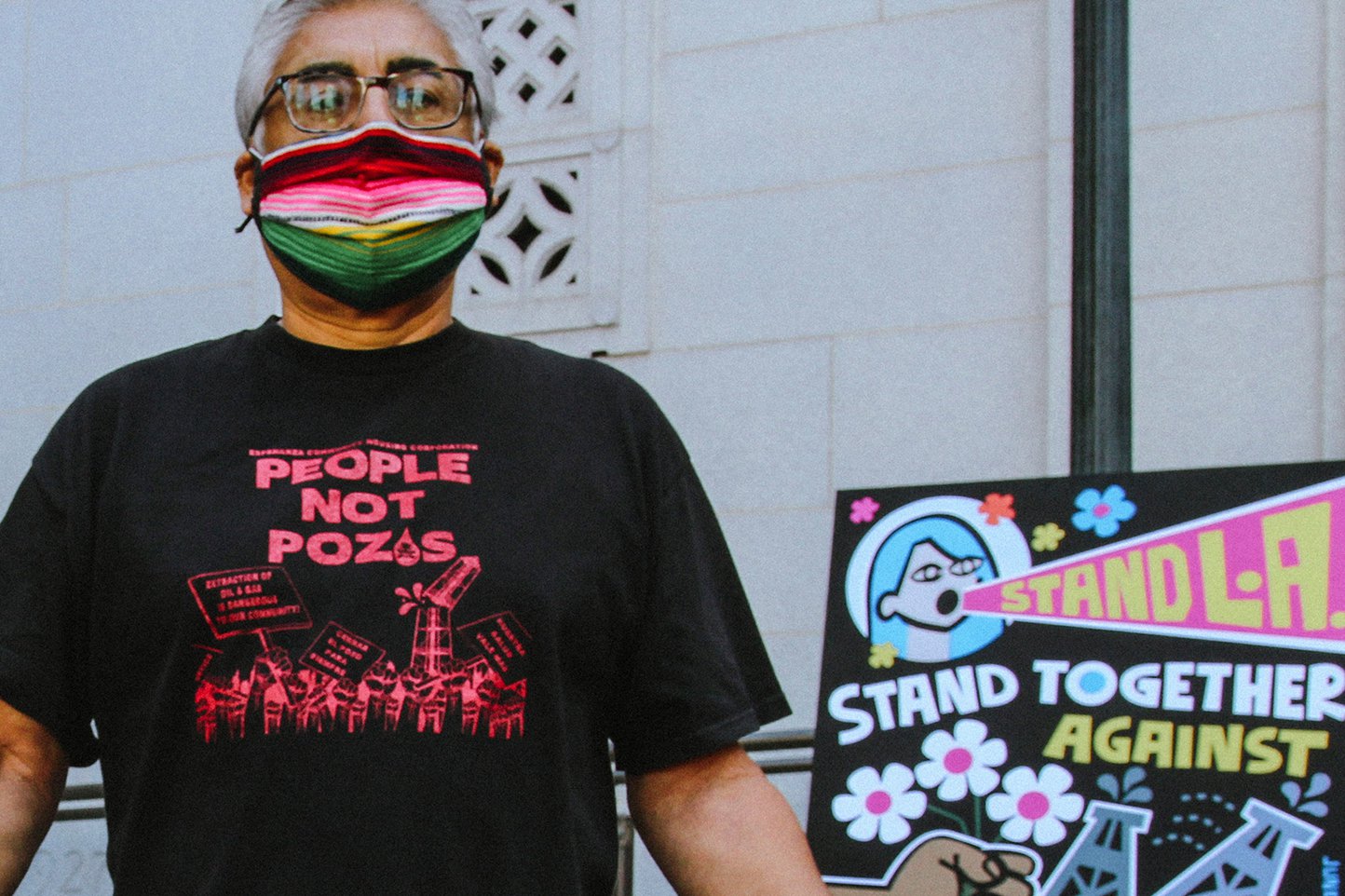 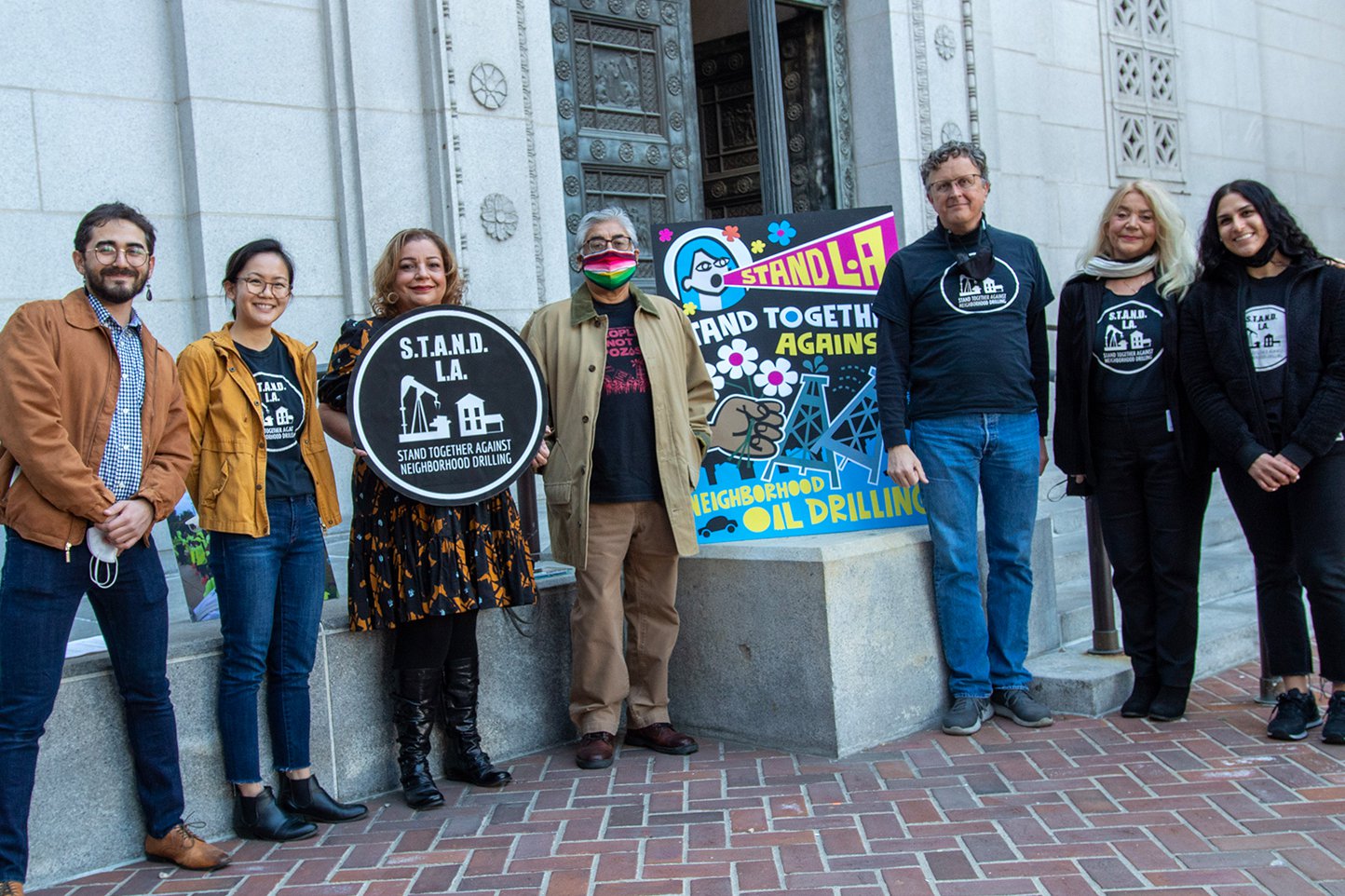